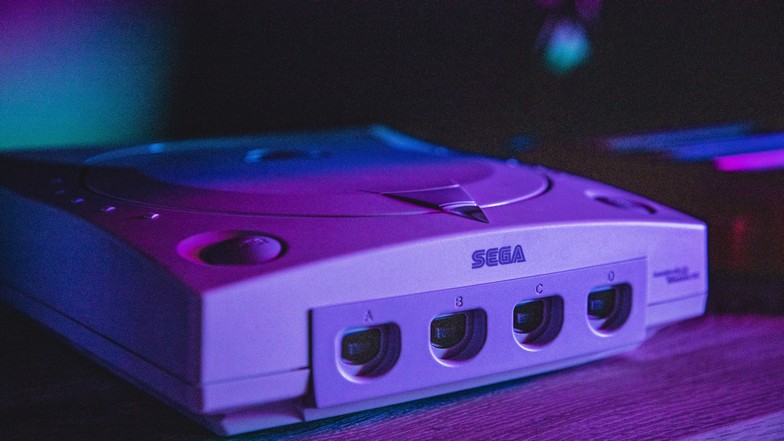 The list of games is short and so are the exclusives. If you compare this list to other consoles with the same timeline as the PlayStation, the PlayStation 2, the Gamecube, the original Xbox, and even the Game Boy Color, the shortest list will from the Dreamcast by far. It was still able to produce classic games where even some fans try to rejuvenate these titles back. So here’s our list on what are the best Dreamcast games of all time.

The birth of the first Soul Calibur game and became an instant classic. Although the first game was released in 1995 with a different name, they changed it and continued with the Soul Calibur name as it became one of the best fighting games ever.

While the Soul Calibur game released in 1998, it was highly praised for its amazing graphics, unique cast of characters, addicting combat gameplay, and a ton of replayability. It is by far the best Soul Calibur game and it defined the series for the franchise with numerous titles released by Bandai Namco Entertainment afterward.

The surge in popularity of professional skateboarding as a sport started in the late ’80s after the release of a Hollywood movie that was centered around the sport. This gave a bigger spotlight to the skateboarding legend, Tony Hawk, and gave birth to the Tony Hawk’s Pro Skater video game franchise.

Skateboarding was one of the coolest things to do in the late ’90s and 2000s and Tony Hawk’s Pro Skater 2 delivered with a masterpiece. With all the customization options including customizing your own skate parks, everyone was addicted to pulling off the best combos. Not to mentioned it also had one of the best video game soundtracks.

The Quake franchise has a simple recipe that makes it the defined FPS game that it is known for decades. It is a fast-paced shooter with crazy weapons and a multiplayer deathmatch mode that has hours of fun and competitive as well.

The game improved on its graphics, background music, connectivity, controls, and sound effects while offering the same kind of addicting gameplay Quake has been known for. Quake III Arena is definitely one of the best FPS games to come out for the Dreamcast console.

Another classic fighting game that is not only famous on the Gamecube console but also on other consoles as well. Marvel vs. Capcom 2 relied heavily on their popular characters in the Marvel universe and Capcom’s own characters to entice people who are not even fans of fighting games to try the game out.

Phantasy Star Online is the first-ever MMORPG to release on a console. While the genre is still fresh and growing, Phantasy Star Online definitely helped accelerate that growth as these games rely heavily on longevity through content and online multiplayer.

It had that addicting core element that keeps players wanting to progress and consume all the content at once. While the story and combat mechanics are simple and plain, the content you finish with your friends or other players makes it worth it and even in the year 2020, the game’s 8-year-old sequel was still alive when it came to the Windows store.

This fast-paced first-person shooter is much like the popular competitive shooter Quake but with minor improvements. This is probably what put Epic Games on the map for releasing high-quality games and Unreal Tournament is the best Unreal title in the franchise.

The game had a hurdle of having more players join as split-screen is kind of limited and this kind of game craves more players to be more fun. Unreal Tournament also has these different kinds of modes to set which can make the king of the hill games more fun even with fewer players.

Power Stone 2 is a fighting game that is quite similar to the ultra-popular Smash series by Nintendo. While Smash had characters with a rich backstory since they all came from Nintendo’s long list of successful franchises, Power Stone wins with its gameplay and unlimited amounts of replayability.

Power Stone 2 has an arcade mode, 1-on-1 mode, original mode, and adventure mode. All of these modes can be played in multiplayer, in fact, it is best to play it with 4 players. The best aspect of Power Stone 2 is how you can use everything you see on the stage as an interactable and can be used as a weapon. The item shop adds insane replayability as it adds more than 100 items that can affect combat although it is only available in adventure mode.

Sonic Adventure 2 is one of the most essential games you need to play on a Dreamcast console. It is your regular Sonic Adventure platformer game but with more playable characters, more stages to complete, and new moves to master. The gameplay and physics of the game mesh together so well that it feels like the best Sonic game of their franchise’s long history.

The graphics are top-class at that particular time and you can play 3 different game modes on 2-player mode if you want to play with someone.

Jet Grind Radio is a unique game that kind of tricks your mind. You might think it is a 3D game but it is actually a 2D game with an isometric viewpoint. Its addictive gameplay, upbeat soundtrack, game art design, and great graphics make Jet Grind Radio a rollercoaster of a game.

The fast-paced gameplay was easy to absorb with the optimized control options made by Smilebit. Imagine a game where games like Bust-A-Groove and Tony Hawk’s Pro Skater were combined into a single game and were set in Japan.

There were not many RPGs that graced the Dreamcast console but that does not take anything away from Skies of Arcadia’s success. You navigate through the world with your own customizable ship and vast lands to explore. The game boasts nearly hundreds of hours of gameplay and the story is impeccably written.

The characters are all lovable and have deep character development as you progress through your journey which should also credit the pacing of the game which was just perfect. The game was created by just a small division in SEGA and was able to merge with a bigger division after this success.

The early 2000s is when the sports games really took off and never looked back. It was the era of EA Games and Visual Concepts (2K Games) that took over the sports gaming genre by storm. Every single sports game was considered a classic from Madden to NBA Live and from NBA 2K to MLB. Basically, every company that had sports games planned on releasing their game on every single platform available.

While these kinds of games are quite repetitive even with sequels, it keeps up with the latest sports trends that allow it to be as realistic as possible with the current generation consoles at that time. They continue to innovate and add a few game modes every year while adding more gameplay features as well. The problem is that it became a bit stale especially with EA Games.

This is how 2K Games was able to take over the sports genre and manage to overtake EA Games because the difference in improvement is quite astonishing. In the end, both companies focused on different sports and just conquer that market.

There are too many sports games that have a high rating and they are too many to mention in this list. A few classics come to mind like NFL 2K1, NBA 2K1, and Virtua Tennis.

Usually, sequels to great games end up bringing the same success as the original or get stuck in the shadow of the original’s success. For Shenmue II, the game improved tenfold of what was expected. The combat, which Shenmue’s gameplay is mostly known for, had more depth than most action-adventure games out there.

The graphics are amazing, the story is riveting, the action is non-stop, and the graphics are unbelievable. It is a must-play for all the fans of the original and a must-try for everyone looking for a classic game to try out.

You cannot have a console that is based in Japan without a few classic JRPGs in your gaming library. Grandia II was a rare gem that should be a must-play for JRPG enthusiasts because of the unique combat system and well-written characters.

The gameplay is more mixed because of the added tactical strategies in combat. Your movements are limited and you use point systems to do any action during combat. Grandia II might not have the best storyline but it is definitely a good game with all the JRPG elements meshing together.

You play the game with a special controller made for the game which is a pair of maracas. The game is played by shaking these maracas on 3 different height levels at the same time doing specific positions while holding the maracas. The game really feels like the rhythm games you play in the arcades and that was what they were replicating.

While none of these Dreamcast exclusive games became a big franchise, they were still great and they would probably become big if they were ever revived on the current generation consoles. Power Stone (wishing for this one) and Phantasy Star Online would probably the biggest names to get revived.

Some of these games are already popular on other consoles and Sega just failed to produce enough high-quality games to support their platform. Sega is still big as a gaming company but they focus mainly on arcades in Tokyo, Japan (probably the video game capital of the world).