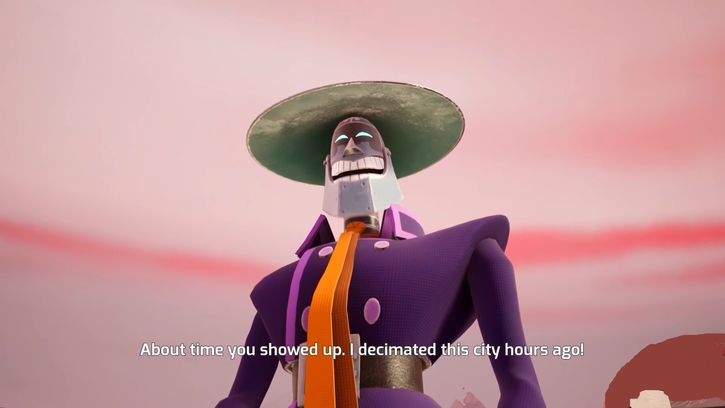 Scaramouche, the flute playing super villain in Samurai Jack is one of the most powerful adversaries you will face in the game. As you trudge your way through Ruined City clad in your armored Samurai Outfit, you come face to face with this taunting and bone-chillingly sinister villain.

What makes Scaramouche such a tough opponent is the fact that unlike wizards like Demongo, he can conjure up a horde of zombies but also get into the fight and cause damage.

This makes you think about two different kinds of enemies. This battle is a little tricky and you have to create a game plan before you head into it. This guide will give you the necessary tips you need to form a solid plan to defeat Scaramouche quickly.

Try to Keep Distance With Scaramouche

Scaramouche has a range of close range attacks. He carries a large dagger that is deadly at close range and also unleashes an energy ball that causes you damage if you are caught inside.

When he points his dagger up to the skies and your surroundings start glowing blue, use your quick dodge to get out of the way. Also, try using longer range weapons on Scaramouche and get up close when he unleashes his minions. This way you can stay away from his best attacks and cause him significant damage.

Use your Kiai Energy

Your level four Kiai Energy attacks have to be timed to perfection during this fight. Wait for the zombies to spawn and then unleash a barrage of quick move attacks on them. The worst part of this fight is the relentless attack from the opposition. This can be neutralized with  a well timed Kiai Energy burst or fast slashes.

Though these weapons don’t scream Samurai Jack, they are highly effective against Scaramouche. The exploding arrows, especially, causes him to stop for a second when he reels from the impact. This gives you time to string the next arrow in and hurt him further. This is reminiscent of a mortal combat attack, when spammed, does not allow the opponent to move.

Even guns are an effective choice for holding him at a distance. This way you can help keep him at bay when he is the only opponent on the battlefield and cause heavy damage when he cannot even touch you. Remember that he is not like other bosses who can hurt you from multiple distances. Scaramouche needs to be close to you to do the fandango.

When you deal 50 percent damage to Scaramouche, he conjures up a red flame shield around him. This makes him slightly stronger and faster, but just as susceptible to damage. This also gives him a few long range attacks. This makes him more effective from a distance.

He can unleash three balls of fire on you. But they travel rather slowly and can be dodged with a few quick moves. He also has a dash and slash move that can help him get up close and use his other moves. But it can cause a lot of damage so watch out for this. This can be countered using the Reaper block which is strong and can take a large number of blows.

He also has white orbs that he shoots at you. They come quickly and are tough to get out of the way of. But they can be dodged with weapons and countered. Use a block and shoot approach where you use arrows or guns to fire back.

Shoot Him When He Jumps on Top of the Wall

When you damage him repeatedly, he jumps on top of a wall to regain some health. Use this time to fire him with exploding arrows or shurikens. Do not allow him to recoup health and unleash another horde of zombies on you.

He starts playing his flute to unleash another set of zombies on you. Kill them off quickly and watch his flame turn purple. This means you are in the last stage of the fight. Use all your attacks and keep attacking him. Do not allow him to use any of his moves on you.

Once you attack him and reduce his life fully, you switch to a cut scene where the Samurai beheads him with his sword. On looking for Aku’s pendant, the head powers back and tells the Samurai that Aku is onto his plan of collecting pendants to get back to his lost love. This brings the shattering realization that the Samurai is stuck in the time loop and there is possible no end to his sufferings. The Samurai screams in frustration but carries on in the hope that he can, in some way, reach the love of his life.