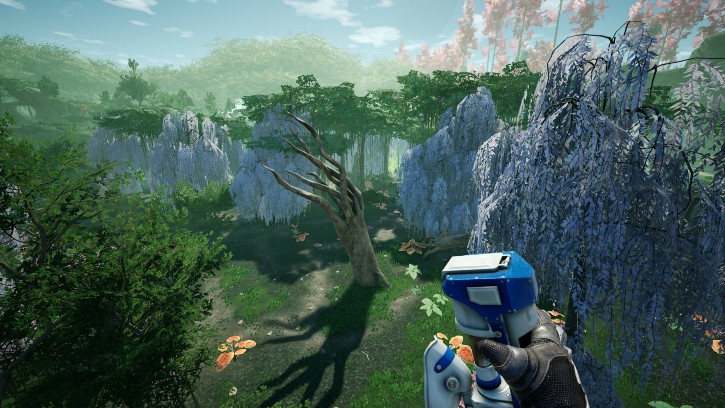 What is the Northern Forest Biome

The Northern Forest biome is a grassy area with a numerous number of cliffs and mountain ranges. It is located in the middle of everything and is one of the best locations in gathering all the resources. It is the third starting area and contains the most pure nodes but at the cost of being the hardest terrain to build on.

The Northern Forest biome has the easiest access to all the different resources in the game. It also has 6 pure Iron Ore nodes in the middle that are near each other. This will make it ten times easier to progress in the early game as long as you can set them up properly with proper foundations. Some might be hard to get until you get a Nobelisk to destroy the rock blocking the node.

The downside is that there is only 1 pure limestone node and you will need a plethora of foundations to get your production facilities running smoothly. Mid to late game resources are all connected through the Northern Forest biome.

Raw Quartz will be towards the east on the way to the Dune Desert biome. Crude Oil is available across the mountain on the north side and below the lake in the middle towards the south side. There are also a few Crude Oil nodes towards the west but they are only impure and normal nodes.

Sulfur nodes are found on the southeast part of the biome and also with a few nodes scattered towards the west. Bauxite and Uranium are also near the biome and are located near the central area among the first three starting areas.

Water is easy to get with the lake in the middle of the biome and could also be used as a landmark early in the game. This biome is also filled with Geysers and contains about 8 of the 18 Geysers available in the whole game.

There is a triple pure Coal node just outside the biome on the east side which can power up your whole Coal Generator power production in the mid game.

Getting Hard Drives will be simple as the biome is located at the center. There are at least 5 Hard Drives you can get by just powering up the drop pods. You can get lucky with an early alternative recipe to help you expand faster.

How Difficult is the Northern Forest Biome?

The difficulty of the Northern Forest biome is the highest among the 4 starting areas. The space is hard to manage unless you build upwards with foundations all the time. It can be easier if you relocate to the north near the canyons so you can have a much flatter terrain to build on.

The resources are all easy to obtain compared to the other starting areas and you will not have problems locating high tier resources such as Bauxite and Uranium as there are some already available at the center of the map. Crude Oil will always be difficult to obtain because the area that contains the most Crude Oil nodes are way past the cliffs in the northern end of the world map.

The abundance of Spore Flowers and Poison Pillars will make it hard for you to expand your base in the biome. Getting Sulfur to research Nobelisks quickly through the MAM can be a priority if there are too much poison gas near your base.

Since the biome is a lush forest, Biomass will be easy to obtain because there are leaves and trees everywhere in the area.

The Northern Forest biome has sites that look stunning and ravishing. It could be a good opportunity to show off your factories along with the scenery. For the difficulty, as long as you know how to work with foundations, it should be easy enough for any pioneer.