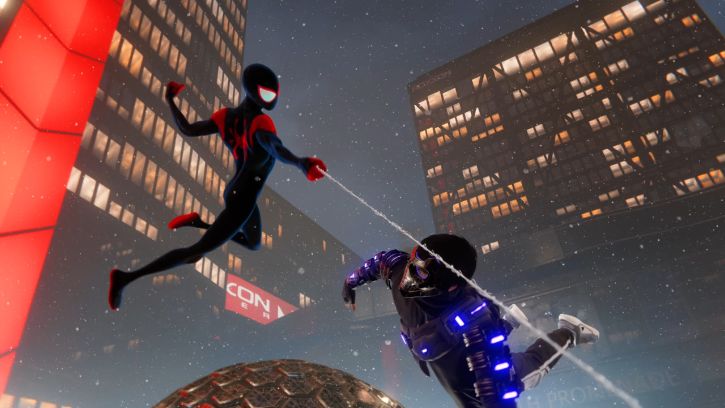 New York City is a concrete playground filled with activities to do and things to find. It is also a bustling city that has a lot going on in it. In Spiderman: Miles Morales, participating in these activities and helping out the citizens of New York reward you with a currency called Activity Tokens which can be used to unlock suits, gadget upgrades, and mods.

What Are Activity Tokens?

Similar to the previous Spiderman game, Activity Tokens is a currency that you can exchange to unlock a variety of helpful equipment from suits, to gadgets, to suit and visor mods.

The currency system itself has been simplified greatly, with only 2 currencies (the other being Tech Parts) instead of the 6 that were present in the previous game. As such, you will be earning a lot more of these Activity Tokens as most of the tokens that were in the first Spiderman game has been merged into this one currency and in turn, you will be needing this currency a lot since almost all of the unlockable suits, gadgets, and mods require a lot of Activity Tokens.

How Do You Earn Activity Tokens?

There are a variety of ways to earn Activity Tokens throughout New York City, below will be a list of the ways you can earn this important resource and the usual payouts of these activities. Some will definitely take a lot longer than others, but all of them are fun enough to want to do them all.

One of the main ways of earning these Activity Tokens is through the Friendly Nationhood Spider-Man App or the FNSM App for short. The FNSM App is a custom app developed by Ganke that displays the various FNSM App Activities that you can do as well as random crimes that are going on within a certain district.

You can access the FNSM App by swiping left on your controller’s touchpad.

These activities take a bit of time though, but their payout makes them very much worth doing, and the unique interactions Spiderman has with the populace of New York make them a lot of fun to do and seek out.

The FNSM App Activities are exclusive to the FNSM App and they appear as the Miles Morales Spiderman symbol on your minimap when you decide to take an activity up.

Returning from the previous game, Crimes are random encounters that happen throughout New York City and it is your job to put an end to them. They appear as red icons on the minimap and are usually quick to finish. Unlike the previous game, they do not have their own tokens anymore and instead reward Activity Tokens.

I have put them under the FNSM App section as the FNSM App also keeps track of crimes that you have not done completely. It also tracks each district’s crimes so if you have not completed a type of crime in a certain district, you can track it in the FNSM App.

What is cool with the FNSM App is that you can also forcefully spawn crime itself, making these random encounters less random and have the crime you would want happening spawn nearby you. This makes completing the crime tasks a lot easier and a lot less time-consuming.

Similar to the Backpack collectibles of the previous game, Time Capsules are collectible items that are scattered throughout New York that chronicles Miles’ life in the Big Apple. They appear as green icons on the minimap with a clock face on them.

Each Time Capsule is a unique item that you can view upon collecting them, and Miles will say a quick quip about what the item pertains to. A great lore-building kind of item.

Each Time Capsule that you collect earns you 3 Activity Tokens, which makes this one of the best ways to farm Activity Tokens as they are readily available on the minimap and all you need to do is walk up to them and collect them, no real action needed other than pressing the Triangle button!

With Peter going on vacation, Miles has to up his game quickly as the only Spiderman in New York. Peter, however, leaves a trail of these challenges for Miles to hone his skills and become a better Spiderman with challenges that challenge traversal abilities and combat abilities.

These challenges are very similar to the Taskmaster Challenges from the previous game, so they are inherently challenging and tricky to get the best results.

However, it is good to note that these Spider-Training Challenges unlock a variety of skills when you do get the best rating that further enhance Miles’ repertoire of kicks and flips, so these challenges are still worth it to grind.

With only 2 currencies available in Spiderman: Miles Morales, Activity Tokens take up the majority of the share as most of the activities that you will be doing in the game rewards you with this. It is great though as the activities are varied enough that you will be kept out of boredom and the number of unique challenges the game brings keeps you from doing the same things over and over again.

In turn, these challenges subconsciously make you a better player and increase your enjoyment of the game as you power along its rather short, but sweet main story.