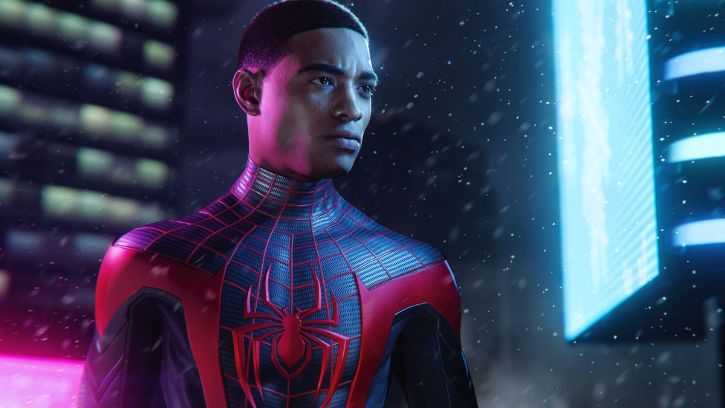 The next generation of gaming has officially launched and with the release of Spiderman: Miles Morales on the PS5, you will be experiencing it with full 4K visuals with raytracing and advanced lighting turned on to further immerse yourself in its fully realized version of New York City.

However, for gamers looking for a smoother gaming experience, the game also offers a Performance Mode that cuts back on the visuals but bumps up the framerate to an incredible 60 FPS.

In this guide, we will be looking at how you can enable Spiderman: Miles Morales’ Performance Mode and what difference it brings compared to the default mode, which Insomniac Games is calling the Fidelity Mode.

How Do You Enable Performance Mode?

Spiderman: Miles Morales has Fidelity Mode as its default, so you will have to do a bit of digging in the options menus if you want to play in Performance Mode. If you have not started the game, you can jump on the Settings Menu found in the Main Menu, and head to the Visuals Settings.

Under Visuals Settings the Graphics Mode will be available. This is the option wherein you can choose between Fidelity Mode or Performance Mode. Simply select Performance Mode and it will apply to the game once you decide to continue the game or create a new game save.

Playing in Fidelity Mode enhances all the visuals of the game to the best that it can muster. It turns on raytracing which perfectly renders reflections as well as the lighting of the world, making the game as immersive as possible. Textures are also bumped up making the game just that much crisper and sharper when it comes to graphics.

The downside to playing in Fidelity Mode is that you are locked in 30 FPS. The framerate itself is really solid, it is just that it is at 30 rather than a more desirable 60 FPS especially for an action game. The 30 FPS lends itself to looking a bit more cinematic though, which could be a plus for some.

Playing in Performance Mode is a different beast all in itself as instead of the more cinematic 30 FPS of Fidelity Mode, you get to play in a very fluid 60 FPS. The 60 FPS is also really solid, seeing no drops at all amid the action-packed scenarios Spiderman: Miles Morales throws you in which is an incredible feat for console gaming. The faster framerate also allows for smoother combat as the 60 FPS framerate lends itself to a better gaming experience.

The downside to playing in Performance Mode however is that the rendering capabilities of the PS5 are put on hold to give you the buttery 60 FPS framerate. Graphical enhancements like raytracing are disabled as you may notice when you are swinging around the city and see the reflections on the skyscrapers around you; they are noticeably less defined than in Fidelity Mode. This goes for the textures as well as you will be seeing them be less defined all in favor of the framerate.

Graphics Modes for the PS4 and PS4 Pro Versions

If you are deciding to pick up the PS5 at a later date, fear not as the PS4 also has its own version. The good thing to note here is that it is compatible with the PS5 so you can get the PS4 version, and if you do decide to get a PS5 down the line, this game will work flawlessly. You will be missing the allure of the capabilities that this game can fully do though as the PS4 can only handle so much.

For starters, the PS4 version does not have the Graphics Mode option available so you are stuck with one mode, which is 30 FPS framerate with none of the next-gen graphical upgrades like raytracing. In turn, this will look more like Spiderman PS4 rather than the upgrade you are expecting. Resolution is also stuck in 1080p, which is standard for the PS4.

As for PS4 Pro users, there is also no Graphics Mode option that you can toggle, and you will be stuck in 30 FPS as well. The upside is that you can play in 4K resolution, which is still a bit of a bump in graphics compared to the PS4 but nowhere near what the PS5 can offer in terms of its Fidelity Mode.

The next generation of consoles and games is looking bright, and it is also nice to see that developers are giving you the option to either experience your favorite games in a higher framerate or in full 4K resolution with all the advancements in graphical technologies.

Spiderman: Miles Morales perfectly gives us a glimpse of what it is like with both of these options and it is exciting to see that the jump in fidelity (and framerate and stability) is that high compared to the now last generation of consoles. This being a launch game further cements it that we will be having even crazier visuals and smoother gameplay as I am willing to bet that this game only scratches the surface of what the next generation of consoles can truly do.