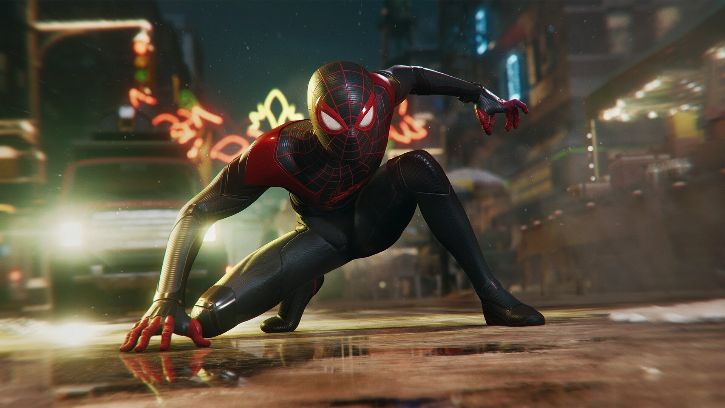 Superheroes are tough, and Spiderman is no exception.

He possesses super strength, and in turn also possesses super durability, among other superpowers. Able to withstand gunshots, explosions, and blunt force trauma, Spider-Man is definitely one of the tougher heroes to exist. Add in his Spider Senses which help him outright evade and pre-emptively dodge these threats and he makes for an agile yet durable superhero.

However, this does not mean that he can endure this punishment continuously as everyone has their breaking points. In this guide, we will be looking at how to heal in Spider-Man: Miles Morales as well as give out some tips on how to make yourself not as reliant on the healing factor as possible.

How Do You Heal Yourself?

Venom Power and its Uses

Venom Power is a new mechanic in Spider-Man: Miles Morales. Stemming from Miles’ bio-electricity powers, it acts like the previous game’s Focus wherein you fill it up by landing hits on enemies successfully or by performing perfect dodges.

Aside from healing yourself, you can spend Venom Power on either Finishers or special Venom Attacks that are often very powerful. However, to use these moves, you will have to have a full meter of Venom Power stored, so it plays a great risk or reward strategy where you can either blow your Venom Power into healing or waiting until your meter is filled up and then using Finishers and Venom Attacks to quickly dispatch an enemy group.

Finishers are moves that immediately incapacitate any grunt no matter how much damage they have taken. It is a great way to deal with the strongest unit in the fight without having to whittle down their health.

Venom Attacks on the other hand take advantage of Miles’ bio-electricity superpowers and are attacks that focus more on dealing damage around an area. These attacks can act as great finishers as well as a way to control the crowd of enemies as most of these attacks also have stunning properties to them upon hit.

Since Venom Power is one of the few ways you have to heal yourself back up, you will want to learn how to effectively gain Venom Power as efficiently as possible. Of course one of the best ways is to simply go into fights and fight as flawlessly as possible or do perfect launches from traversing the city of New York.

The Residual Venom visor mod has overloaded energy left behind after a successful Venom Attack becomes visible and can be absorbed on contact to generate more Venom Power.

This mod helps you become a lot more offensive as the more Venom Attacks you do, the more energy is spilled for you to collect, making this a helpful mod to help you chain Venom Attacks in. It can also act as a defensive mod as after attacking with a devastating Venom Attack, you can then collect the energy left behind and immediately heal yourself.

The Venom Overclock visor mod is a high risk, high reward mod which has your Venom Power generation increase as your health drops making this mod favor those that play risky.

The Induction Mesh suit mod has you generates a small amount of health per hit on Venom Stunned enemies.

The Power Transfer suit mod turns off the Camouflage effect early to transfer a portion of the unused Camouflage Energy to Venom Power. A great mod to have if you do not often use the Miles’ Camouflage powers.

This effectively gives you 2 sets of meters of Venom Power as you can immediately end Camouflage to drain it and siphon it towards your Venom Power. You can also use this after making use of the Camouflage ability and quickly getting rid of it to have a bit more Venom Power at use before a fight.

One of the more powerful mods in the game, the Venom Shield suit mod spends a full Venom bar to trigger Venom Shield, which lasts 5 seconds, blocks all damage, and Venom Stuns melee attackers.

This mod gives you the option to either heal yourself for a full bar or use this mod to give you 5 seconds of invulnerability to try and finish your enemies or run away from the fight with those 5 seconds. This suit mod can also be used in conjunction with the Induction Mesh mod as any melee attacker caught by the shield will be Venom Stunned, making them a great source of health while you wail at them without consequences.

Knowing when and how to heal is crucial in Spider-Man: Miles Morales as this game limits the way in which to heal yourself, so you cannot just go and force an attack without thinking of a strategy.

Knowing when to spend your Venom Power on healing or Venom Attacks is also important as well as more often than not, Venom Attacks can reset the fight and give you an upper hand, but confidence definitely plays a role in that as you will need to contend with your dwindling or low health.