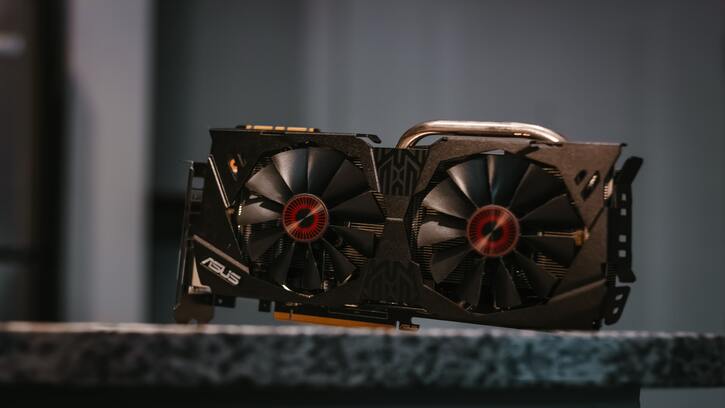 When you are looking to purchase a brand new game to play on your custom gaming PC, there is one question that always gnaws at you. Like every other PC gamer, if you are wondering if the GPU can cope with a game you are looking forward to playing, there are some simple things you can do to help make this decision.

Knowing how well a graphics card will perform while running a graphics-heavy game is only possible if you monitor a range of factors. There are several variables to measure and take into account while making an informed choice about what games your GPU can run. Instead of using the Task Manager to sort through a complex pile of numbers (which can be daunting for beginners), you can use a benchmarking test.

Quick Navigation show
What is a Benchmarking Test for GPU’s?
How to Benchmark a GPU?
Playing Games
Running Synthetic Benchmark Programs
Conclusion

What is a Benchmarking Test for GPU’s?

The most common way of assessing GPU performance is by running a benchmarking test. These tests are designed to mimic graphic-intensive games that your PC might encounter.

Most common modern benchmark tests that you can run serve multiple purposes. Not only can they judge the capacity of a GPU unit but judge its stability when overclocked too. This is crucial because you do not want to push your GPU past its limits, which might result in the failure of the unit due to overheating.

By using a number of graphic tests for games that run at various resolutions and of different sizes, benchmark tests are a great way to judge how well your GPU can cope with strain and also monitor factors like temperature, duration, lag, most optimal resolution, and stress under higher frame rates, etc.

There are several different benchmark tests that you can run to gain info on in-game performance after you install a new GPU. In this post, we will discuss a few possible steps to take and programs you can run which will help you gain valuable information from the results to make an educated choice on your new GPU.

How to Benchmark a GPU?

When it comes to benchmarking, you can either choose to test out your current hardware by playing a game or run one of the many benchmarking programs. Playing a game is actually a very effective way for beginners to judge their current setup.

If you have a particular genre in mind or have a set of games you will play frequently, running one of them at the highest setting will give you an accurate idea of what your GPU is capable of.

Open world games and expansive action and RPG games usually feature the most sophisticated graphics and demand more from your Graphic card. To test them out, run a game like Red Dead Redemption 2 or The Witcher 3: Wild Hunt. Both these games feature a plethora of constantly generated textures and the ability to turn the graphic settings up really high.

This is especially true for Witcher at the maximum graphic setting (all textures and effects enabled at 4K resolution). This game will push most graphic cards to the limit. Running this game without lag or frame tearing means your GPU is good to go for most games at a decent frame rate and high visual settings.

Remember, only the best graphic cards on the market like the NVIDIA GeForce RTX 2060 SUPER or the AMD Radeon VII (or higher) can run this game on 1440p and come close to that 60fps mark everyone craves.

You need to install the Open Capture and Analytics Tool (OCAT) for AMD GPU’s and FrameView for NVIDIA GPU’s to allow your PC to record data while the game is running.

These programs give you vital real-time stats on GPU temperature, frame rate, and other important factors that will help you make a wise choice on what works best for your requirements.

The most popular of all the benchmarking programs is the 3DMark benchmark tool. The free version of this software on Steam is enough to give you all the vital stats you need to learn about your GPU’s performance when forced to deal with high graphic settings with a lot of textures and animations.

The free version of this software offers graphs that display temperature changes during the test (keeping the GPU unit cool is crucial to longevity). It also monitors changes in the CPU and displays how both units are working in tandem and the amount of load distribution between the two.

3DMark displays detailed charts for temperatures (both CPU and GPU) and shows how the GPU’s clock speed and the frame rate within the gameplay simulation changes during the tests. This shows the upper limits of your CPU/GPU combo and gives you an accurate picture of games that you could run on your system.

Similarly, if you want to really take your GPU for a spin and really push it’s performance limits to see how well it holds up for long gaming sessions, the program Heaven UNIGINE is your best bet.

It features customizable presets that allow you to run programs that mimic games at various resolutions and frame rates. You can also choose the time period of the test to check if overheating or drop in framerate occurs with prolonged stress or multiple programs being run at the same time (Just open Chrome during the test).

Like the 3DMark, the Heaven UNIGINE gives you in-depth statistics of the GPU performance through graphical representations of fluctuations over the course of the test and in real-time. This gives you information while the test is running and allows you to stop a test when you think your GPU is being pushed too far.

The GFXBench is a completely free tool that offers you quality GPU testing features. The software allows you to run programmable tests and the benchmark scores that you obtain can also be compared to other similar GPU’S available in the market.

This helps you make an informed decision about your future purchases and also shows you where your GPU stands amidst similarly priced products. If you are looking to upgrade your current GPU, the GFXBench software is your best bet.

The tips and programs suggested in this post will enable you to analyze the performance of your graphic card and ascertain if you have the right hardware to run your favorite games. Based on the results of your benchmark tests, you can choose your new, upgraded GPU unit armed with the most relevant information.