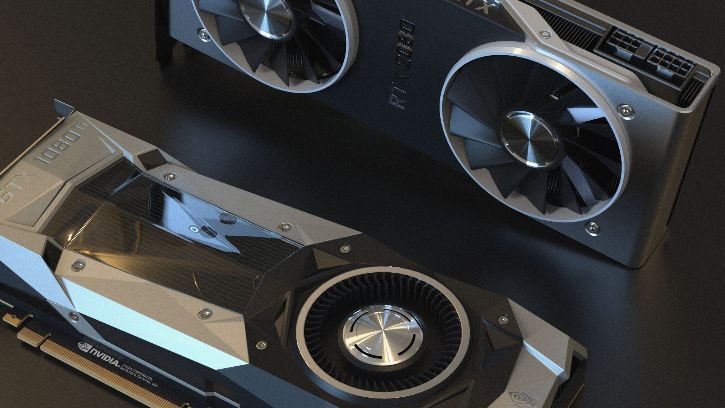 With the numerous and copious amounts of GPUs out in the market right now, whether it is brand new or second hand, naming conventions tend to be a bit too overwhelming for prospecting buyers either wanting to upgrade their hardware, build their very own PC, or buy a pre-built one with the specs they would want.

During your search for a GPU, you might have come across the term “Ti” when looking at high-end GPUs. But what does Ti actually mean, and why is it used on seemingly expensive versions of the GPUs? In this article, we will be going through some facts as well as debunking some myths pertaining to the “Ti” moniker.

Quick Navigation show
Does it Actually Really Mean Anything?
Ti vs. Super
The AMD Counterpart
Common Misconceptions of the “Ti” Name
A Bit of History on the “Ti” Name
Conclusion

Does it Actually Really Mean Anything?

In its current form, the name “Ti” is nothing more than branding for Nvidia’s set of GPUs, pertaining to the best version of a specific card. It is then understood that if a graphics card is a Ti card, you can expect this to be an improvement over its non-Ti counterpart.

In turn, it makes these GPUs a bit more expensive than their standard counterparts so budget your build accordingly!

Take note though that there are some cards that never received a Ti version (the RTX 2070 being an example), so make sure to research on the models available especially when buying second hand to avoid being scammed.

In 2019, Nvidia released a new tier of GPUs for their 20 Series of cards called the “Super” cards. Believed to be the replacement for the Ti branding, these Super cards were used as an in-between tier for the standard and Ti cards. This means that if you are looking for the absolute best Nvidia has to offer on a line of GPUs, the Ti graphics cards will still be the better (and more expensive) option.

As previously mentioned, there are some exceptions to this rule. Every 20 Series card except for the RTX 2080 did not receive a Ti counterpart, so the RTX 2070 Super will be considered as the best of its kind.

As the Ti name is exclusive to Nvidia, AMD has its own naming convention when it comes to their graphics cards. If you are hunting for an AMD card rather than an Nvidia one, you would want to look out for the letter “XT” at the end of the GPU name. This would be AMD’s equivalent of a “Ti” card.

Common Misconceptions of the “Ti” Name

The letters “Ti” in itself pertains to the chemical element Titanium, a rather expensive metal that is often used in high-end sports cars as well as aircrafts such as airplanes due to its strength and lightness.

In the applications of GPUs though, titanium is a great heat-resistant metal which would help in keeping your PC cool. It is also resistant to corrosion making it a great material to use in PC parts that go through liquid-cooling.

This led people to believe that the Ti graphics cards actually contained titanium in them compared to their normal counterparts. This is however false and was only used as part of a marketing ad by Nvidia.

Another believed to be meaning of Ti is “Technical improvement” or “Technological improvement” which would make the most sense seeing as GPUs that are labeled with the Ti name are the better counterparts compared to the non-Ti ones.

Nvidia themselves have not confirmed that this is the real meaning of Ti, so this would also be chalked up to people trying to find the best meaning for the name.

A Bit of History on the “Ti” Name

Although believed to have been used fairly recently by Nvidia to differentiate and rate their cards by power, the Ti moniker dates back by quite a lot, all the way to back to the GeForce2 series which debuted in the year 2000.

During this time, the Ti was not even used as a tier but as a model name of one of the cards. Called the GeForce2 Ti, it was at the time the second most powerful GPU in Nvidia’s stable, only being beaten by the GeForce2 Ultra. This makes the Ti name quite a throwback as well as making it synonymous to Nvidia products.

This also mimics how the Ti is not considered the absolute best Nvidia GPU you can get as the TITAN cards trumps the best Ti card of its generation by quite the margin.

The Ti name would only return in 2011 as a tiering label with the GeForce GTX 560 Ti.

Now that you have a bit more understanding on the differences of GPUs, check out our article on the best graphics cards that you can get right now! This list of course includes some Ti cards for your consideration.

If you are more of in a budget or just want to build a PC that is smaller in terms of form factor, we also have an article for that with the best low-profile graphics cards you can get right now! This list also includes some Ti cards, believe it or not.