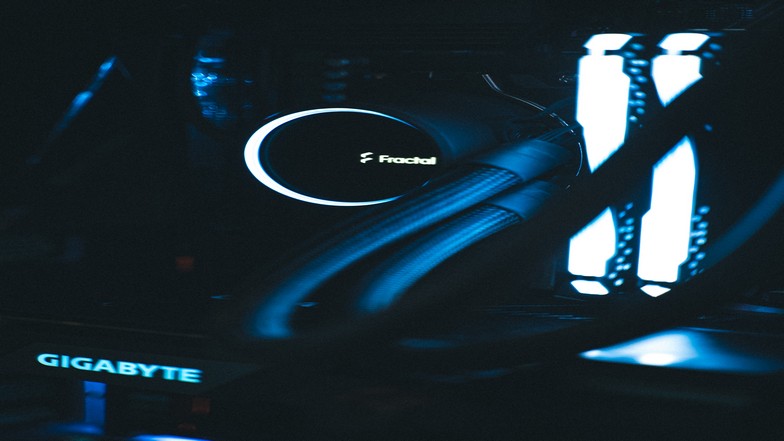 Physically, it is hard to notice when your GPU is starting to get hot. Even if you are playing games, you have no idea if your PC rig is running too hot. When you check your PC’s temperature levels, it suddenly spikes up when you play to the extent of potentially damaging temperatures.

So you might ask yourself “why is my GPU so hot?”. There are hundreds of factors that come into play but generally, it is the amount of work your GPU is doing and your PC’s cooling system.

Factors That Affect the Temperature of Your GPU

There are various factors that affect your Graphics Processing Unit (GPU), commonly known as the ‘Graphics Card’, on why it’s running hot. These are the main contributing factors to why your GPU is running hot.

If you’re playing or using your PC under the Sun, it would definitely cook your hardware. The ambient room temperature that people use as a “point of reference” when testing electronic components is 22 degrees Celsius or 72 degrees Fahrenheit. They use this temperature to minimize the variables in their environment and to achieve significant comparisons.

One would say a well-cooled PC could run in a fairly warm environment. Likewise, a PC that does not have sufficient cooling but the room is less than 10 degrees Celsius could run fine. Again, this is just a point of reference on what reviewers use in testing hardware components of a PC.

Think of your place as the case of your PC; without much ventilation or cooling, the heat will just be trapped inside your place thus making everything hot. The purpose of fans and cooling systems is just to dissipate heat and not really lower the temps.

Does your case have a sufficient number of fans? Is the RPM of the fans powerful enough to blow the hot air? Do you have a water-cooling system? These things could greatly affect your temperature.

This goes hand in hand with the cooling system. Even if your PC has a sufficient cooling system but the air is trapped inside the case, it is pretty much useless. Your system must have enough ventilation where the air could flow out of the case to reduce the temperatures in your system.

Accumulation of dust particles inside your system

As much as we all want to work/play inside an air-conditioned room, not everyone has access to it. One of the things that makes an owner of a PC scratch his/her head despite the cooling system and the sufficient airflow inside the case, the components are still running hot.

Tips on How to Maintain an Optimal Temperature for Your GPU

A good rule of thumb for an optimal temperature of a GPU is keeping it under 80 degrees Celsius. On heavy loads like gaming or rendering videos, it should be playing around 60-75 degrees Celsius.

There are other graphics cards that are going to say they can run above 90, but be sure to double-check the manual or with the manufacturer stating that you can run it above the said temperature for a certain period of time.

But for most graphics cards, running too hot would decrease its lifespan and we want to avoid this at all cost since heat is one of the main reasons why most hardware components of a certain technology would just die out of nowhere (batteries, CPU, etc.).

Basically, I am just going to tackle each factor mentioned above that makes your GPU run hot. Here are some basic tips that can save or extend the lifespan of your graphics card

This is self-explanatory. You have to keep your room/place well-ventilated in the sense that air is free-flowing so hot air is not trapped inside your room. Otherwise, this will affect the temperature in your PC. Keep your ambient temperature at a ‘normal’ level based on the scale mentioned above.

Good airflow inside your case

Imagine your room as the case of your PC. If you keep hot air trapped inside your room, no matter how strong your fan is, it will still be blowing hot air and it won’t cool or reduce the temperature inside your room. Make sure the case you’re buying has enough ventilation where fans could blow out the hot air produced by the components.

There are 2 different cooling systems that are commonly used to reduce the temperature of your graphics card.

The downside of this system it tends to run a bit louder and hotter compared to other types that are going to be mentioned below.

On the other hand, this type of cooling system usually has multiple fans that draw in cool air then disperses it in the case. The case fans are now responsible for that hot air to be thrown out of the case.

This type of system is the one that is typically used mainly because it usually tends to be a bit quieter and cooler compared to the blowers. It is also used in PCs where they have bigger cases. Take note that there should be a proper airflow system when using these kinds of coolers.

The best modern-day GPU’s come with programs that allow for incredible customizability. You can control the voltage, clockspeed, and fan speed. By increasing the voltage and clockspeed, you improve the performance of the GPU. This allows you to play games with a higher graphic output.

But it also drastically increases the GPU temperature. This is why NVIDIA’s RTX series does not allow you to tweak the voltage (you can if you tweak the frequency-voltage graph but we do not recommend you do that) easily. The best way to counter an overheating GPU is to increase the fan speed by 10-20 percent.

This increases airflow but also increases power consumption. But the increased airflow cools down your GPU which is very important to longevity. Make sure you know how to tweak the fan speed on your particular GPU (several specific tutorials available online). This could allow you to game for long hours without experiencing any major issues.

Some GPUs allow you to set an upper-temperature limit. When your card hits this temperature, the fan speed is automatically increased until the GPU cools down. This could be handy for beginner gamers looking for more efficient performance and aren’t worried about some extra noise. Increasing the fan speed with the automatic setting might increase the noise periodically.

If you keep your windows in your room open for ventilation, then I’m pretty much sure your PC has a lot of dust accumulated in there if you haven’t opened it for a while. This is also true when you keep your PC build near a corner of a room and on the floor.

Cleaning your PC should be as simple as opening the case and brushing the dust off your fans, motherboard, or other components in it. Handling your parts is very crucial when it comes to taking them out piece by piece.

This could be the answer to your problem if you have done all of the tips above. This could greatly reduce the temperature in your graphics card. The reason for this is sometimes stock thermal paste sucks and you have to re-apply a certain amount and a good type of paste depending on what you need

Again, if you’re not familiar with this, there’s nothing wrong in asking help from someone who knows his/her way around PCs.

Most games have a video settings tab where you can turn off certain elements of the game like shadows, sun flares, texture quality, and color palette. This drastically reduces the strain on your GPU and will reduce the core temperature while gaming. Though this is a last-ditch effort, if you are really looking forward to playing a particular game and figure out through GPU benchmarking tests that your PC cannot handle the game at full resolution, graphics, and framerate – reducing certain superfluous features might help improve in-game performance.