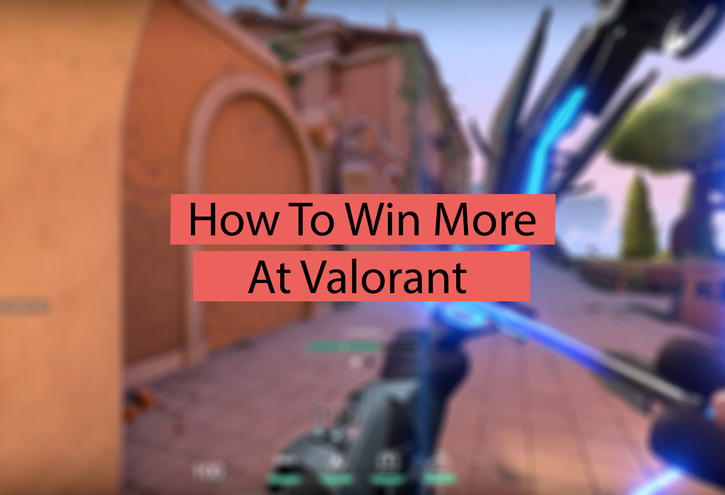 Valorant, RIOT Games’ FPS, has a very interactive and no-nonsense gameplay similar to CS:GO. The team-based shooter requires a combination of strategy and skill, and often creates adrenaline fuelled gun battles that can be daunting for a beginner.

The game has an advanced in-game economy and tactile weapon responses. Inexperienced players will have to go through a period of exploration and acquisition to get better. But armed with our curated list of tips, you can rake in kills in no time and secure those elusive wins.

Quick Navigation show
1) Learn the Shooting Ranges of Different Weapons
2) Learn the Abilities of Different Agents
3) Hold Onto Your Character Abilities, Especially While Attacking
4) Try Hard to Secure the Pistol Round
5) Don’t Rush While Defending
6) Don’t Jump Straight Into Ranked Gameplay
7) Optimize FPS Performance
8) Find Good Players to Play With – And Against

Like CS GO, the game has a multitude of sidearms, shotguns, rifles, AWP’s, SMG’s and Machine Guns to choose from. Your skills with a weapon in a different FPS will not translate completely into Valorant.

This is why there is an intuitive shooting range where you can test out various weapons while shooting at targets. There are different difficulty levels (bots appear faster in the hard mode) and you can choose stationary or moving bots depending on your skill level. Choose the armored bots + spawn mode and start shooting! Try to land the most headshots.

Each weapon has different but repeating recoil patterns. You can get a feel for them and understand their effectiveness while burst firing or mag dumping.

If you are a rifler, you might struggle between choosing the phantom or the vandal. Each rifle has a different fire rate and damage. So test them out and see which suits your gameplay best. By using the shooting range, you can figure out which one you play with the best.

2) Learn the Abilities of Different Agents

Valorant has a tier-based agent system. There are 11 agents in the game and each character has different skills. Their abilities are crucial to getting a high K/D ratio. They come with 2 optional skills that can be purchased, one ultimate ability that you earn with XP, and one Signature ability that takes multiple rounds to refresh.

The characters are divided into four classes called controller, sentinel, initiator and duelist.

Controllers have a host of abilities that help you modify the map with abilities like walls, smoke and slowing down enemies. Sentinels are for the more defensive minded and players who love to support initiators and duelists with traps.

Initiators are for those who love to be the centre of action. These characters have stuns and ability to read enemy positions giving them an advantage while rushing bomb sites. Duelists characters are the most attack-oriented in the game with frags and bombs, designed for those who dive head-first into battle.

Learning these abilities will prove crucial in team gameplay as a wider range of well-chosen characters who compliment each other will give you an edge over your opponents.

3) Hold Onto Your Character Abilities, Especially While Attacking

In a round, one team attacks and the other defends. Attackers plant the spike (bomb) and defenders try and defuse it. If your team is in possession of the spike, try to hold onto your character abilities. After planting the spike, these abilities become much more valuable.

Depending on which character you choose, you can block off enemies coming in from certain angles, find out where they are pushing from or or slow them down as they pass through.

For example, while using Sage, use your slow-down orb around the spike so that an opponent has to pass through it to reach the spike. Viper has Snake Bite, which also slows down opponents when placed around the spike. Jett has CloudBurst which blocks enemy vision making them blind on entry into the spike site. These give you crucial seconds to aim and kill from a chosen vantage point.

4) Try Hard to Secure the Pistol Round

Because Valorant has in-game credits, it is important to secure the first few rounds. This sets you up for success throughout the game. For this, winning the pistol round is crucial.

First, choose your favorite pistols. The Ghost is a good and powerful starting pistol that has a fire rate and recoil pattern similar to CS:GO’s USP. If you are a CS:GO player, we suggest you go for it. Also, if you choose to keep the spawn pistol, invest in shields and abilities in the pistol round, which are cheaper than weapons.

The credits you earn from the win will set you up well for future rounds.

While your team is defending, do not rush the site as the opponents will definitely have set up traps for you and hold on to higher ground. Instead try and hold angles for a while and move slowly through, doubling up with team mates. Do not solo rush, this will end in disaster and affect your KD ratio.

Try to figure out the opponent’s pattern during attack and try to flank them or surprise them with a planned team sweep of the map. This gives you a better chance to trade. Every time a teammate dies, you are right in place to take out an injured opponent who is most often reloading.

Starting off with the ranked game-mode is a bad idea as it adds a lot of pressure in terms of securing wins to improve your online position. It is very easy for newbies to get carried away. Especially in a game with an unique in-game economy and game engine.

The game has a learning curve which is not very steep but takes some time to get used to. It can be challenging enough to secure wins while starting out in unranked gameplay. Even if you are a seasoned veteran in FPS gameplay, a new game poses new challenges. So it is crucial that you warm up before ranked-play.

This modern FPS is highly intuitive. Valorant has recorded very high frame rates, even with lower spec PC’s and laptops. This makes movements and aiming highly tactile functions and the whole game extremely immersive. However, there are ways to further improve your FPS on Valorant.

Your in-game settings like sensitivity and crosshair opacity and color should be customized before you get into ranked play. Try to tweak it early on and make it suit your gameplay style to get optimal gameplay. Remember, no one likes excuses when you lose.

8) Find Good Players to Play With – And Against

The final and probably the most important tip. Each game has a massive 25 rounds, the first team to secure 13 rounds wins the game. This makes each game an arduous combination of skill and planning.

The game has credits that you earn and use to buy weapons, you earn these credits as you make kills and complete rounds. But, what is unique is that you can share these credits with your teammates to help them out. If a teammate is running low and cannot afford weapons or armour, you could buy it for them.

Since the game is not a battle royale, your play in each round as a team has to be strategized. Rushing the same location every time will not end well for your team. If you like the gameplay of Valorant, get your trusted gamer squad in on it! It will make you better instantly.

Also, by playing against better opponents, you learn to improve your ability – even if it may be frustrating to lose at the beginning!