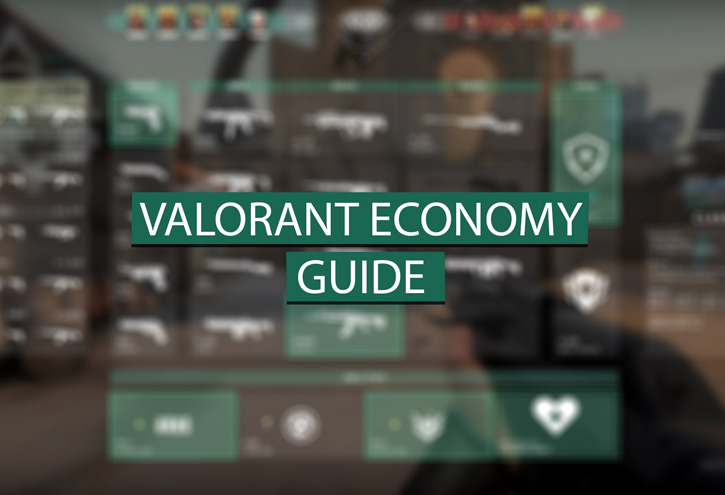 Valorant, Riot Games’ FPS offering, offers a dynamic in-game earning system. You gain credits as you complete objectives during rounds and this allows you to upgrade and buy new weapons, armour and abilities for your character later in the game.

Unfortunately, for a beginner, this system might be a little daunting because of the many available options. But fret not – our guide will answer all your potential questions about Valorant’s in-game economy and how to plan your earnings to maximize your personal and team performance in this Valorant economy guide.

Quick Navigation show
How Does Money Work on Valorant?
How Do You Earn Credits on Valorant?
What Can You Buy with Credits?
How Eco Rounds Work
How to Manage Your Team’s Economy
Main Takeaways

How Does Money Work on Valorant?

Valorant offers a 5 vs 5 team gameplay where you earn credits for various in-game objectives. Much like other online team-based shooters, killing an opponent is one of the primary ways to earn credits. Valorant also has a Spike (think CS:GO bombs) with a 45 second timer which detonates to win you the round.

The game is designed to make sure you earn credits for both winning and losing. Using these credits, you can purchase a variety of weapons in-between rounds. All these objectives carry a particular reward. Below is a list of all the ways you can earn and how many credits each completed activity fetches.

How Do You Earn Credits on Valorant?

As you can see, there are various ways to earn credits in Valorant, but how you plan and use your finances is crucial to your success as a team.

What Can You Buy with Credits?

With a host of weapons, armour and special abilities, gamers can choose from a wide arsenal. This could easily be overwhelming for a new player, and investing in the wrong weapon in one round could cause an avalanche of losses that your team might not be able to recover from.

There are full-buys which usually cost 4500 (rifle loadout, AWP loadouts cost about 6100) for most agents. Full-buy will get you a rifle, heavy full body armour and ability buys for the character. If you have credits, you have the license to splurge and try to win the next round. This is known as forcing and is an effective tactic when piling on weak opponents (we all love doing it).

Eco rounds are ones where you and your team choose to buy less or be careful with the credits to try and gain an advantage in further rounds. The main objective of eco rounds is to try to save-up and get the full-buy in further rounds and secure the crucial rounds later in the game.

Keep an eye on your team and the opponent’s credits during rounds. It will help you decide on when to go for an eco round. It is also a good time to try and compliment each other’s abilities and weapons. The less you spend in the eco round, the more credits you have left to go all-out in the future.

If your money is low and you are forced to go eco, we suggest investing more in character abilities or heavy shields instead of expensive weapons. Also cheap but effective in-game guns are the bulldog and the spectre with good damage and fire rate.

Going eco is essentially a budgeting exercise that will lead to more wins. Half-buys are what you should turn to during eco rounds. Or, many players just choose to repair existing weapons and shields, which is not as expensive as buying new ones.

Try choosing a round when your opponent has reached the credit limit of 9000 and your team is still lagging behind. Going eco then will help you save up some credits and over the next few rounds, you could get a full-buy which exponentially increases your chances of securing that round and catching up.

How to Manage Your Team’s Economy

This is a great aspect of Valorant. The ability to share game credits amongst teammates makes it a financial planning combined with a high octane FPS. This also makes it easier for newbies as they can lean a little on teammates for help. If some team members have high credits, they could go with the full-buys for the round and try to carry the team while the others evade and serve as distractions. Then you share credits in the next round, making it even.

If you are a team of seasoned gamers with experience in other FPS’s, we suggest a conservative approach in the pistol round. This round sets the team up for the rest of the game. We suggest you go for the light body armour and abilities (optional). The pistols in Valorant are no weaklings. Decent aim and landing body or headshots will ensure a few kills. This means that your team will have an advantage in the next round where you can upgrade.

Or you can decide on who goes all out and who plays conservative in the pistol round. A good mix is letting some players pick the Sheriff (800 credits) or Ghost (500 credits) and some sticking with the classic. This will give you a good chance of winning the round and also saving some credits.

Also, while playing with random players as a team, try and establish a game-plan. This helps prevent players from going rouge. Try and help your teammates out – it is good practice because you are bound to need help sometimes too.