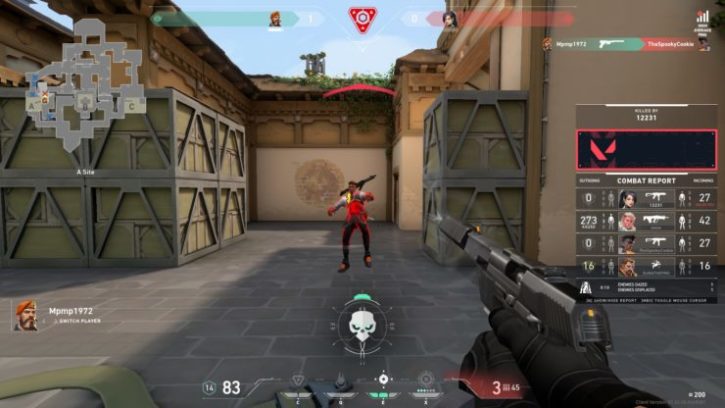 Riot Games’ Valorant is a fast-paced FPS with various agents and abilities that look brilliant in-game. The comprehensive skill-set that they offer players might put off several prospective gamers off this game thinking that, “these graphics are really cool, but I’m sure my laptop cannot handle it.”  But this is not necessarily true.

The makers of Valorant have created a product that is accessible to most gamers with budget systems by focusing heavily on delivering a high frames-per-second online game play. By offering a whopping 144+ frames/sec for the high end systems, they ensure a 60 fps and 30 fps game play which is not too shabby.

We tested the game with a low-end PC and a high-end PC and have narrowed in on recommended budget specs to run the game efficiently and still make the graphics run smoothly.

The game has a no-cap 144+ fps range, but the website quotes a 60fps in-game frame rate for an optimal gaming experience. And to run the game at the optimal setting they suggest Intel i3 (4th Generation) CPU processor and a NVIDIA GeForce GT 730.

We ran the game on a 6 year old Intel i5 + NVIDIA GeFroce 940M GPU PC and this yielded brilliant in-game results too. Though similar, the 940M scored slightly lesser than the GT 730 in gaming, according to gpuboss. Combined with optimal in-game settings, you can max out your PC’s frame rate potential for better gaming.

This shows that the game can be run at optimal levels on what a budget PC can offer. This boils down to Riot Games reducing Valorant’s minimum required specifications.

The website claims that a PC that carries a i3 340M CPU and Intel HD3000 would run this game at a cool 30fps. Any relatively modern laptop or PC lesser than 5 years old should be able to run this game comfortably. This brings us to our analysis of the best budget specs to run Valorant.

This is for gamers looking for a good build for a custom PC to play Valorant or are checking in to see if their current setup is adequate to get a better-than-average in-game refresh rate at 1440p.

The i3 340m, being the minimum, would only get you a very mediocre experience. Riot Games value it as their lowest setting and shooting slightly above this is usually a good way to maximize results.

To get the best results at a cut-throat budget, we suggest you go for the AMD Ryzen 5 1600 AF or the Intel i3-9100F. Both can be classified as budget options that provide superior capabilities that are comparable to much more expensive options.

When it comes to the graphics card, the recommended PC specs to run the game at its maximum 144 fps is the NVIDIA GeForce GTX 1050Ti. While using the cheaper 940m we noticed some frame tearing and the frame rate dropping below the optimal 60 fps often. Keeping your graphics card closer to the 1050Ti will ensure a smoother frame rate.

If you are looking for a way to maximize your gaming setup to more than  just Valorant system requirements but also play other high requirement games, you might want to consider these options too.

A lot of modern day games are graphic intensive. It is highly likely that you wish to play more than just Valorant and try out some of the other successful games too. For this we suggest the NVIDIA GeForce GTX 1600. This amazing GPU gives you a base clock of 1530 MHz and a overclocked speed of nearly 1785 MHz. With 6GB GDDR memory, this option gives your PC the ability to breeze through the most graphic intensive tasks.

Not only that, this graphics card is available at a third of the price of similar performing GPU’s! Similarly the AMD Radeon RX 580 also provides a high graphic output for a relatively cheap price.

If budget is not really a concern for you but you want to get the best gaming performance, we suggest you go for a build with the NVIDIA GeForce 2080 Ti. Though it is slightly more expensive than our other options, it outperforms then by more than 120 percent in all departments according to TechRadar.

Combine this with a good high capacity SSD and a good processor that is i5 9th gen or above, and you are guaranteed to have the best in-game Valorant experience and rake in those kills and see opponents like never before. With a beefed-up setup like this, you could outperform your team and look like a total pro in no time.