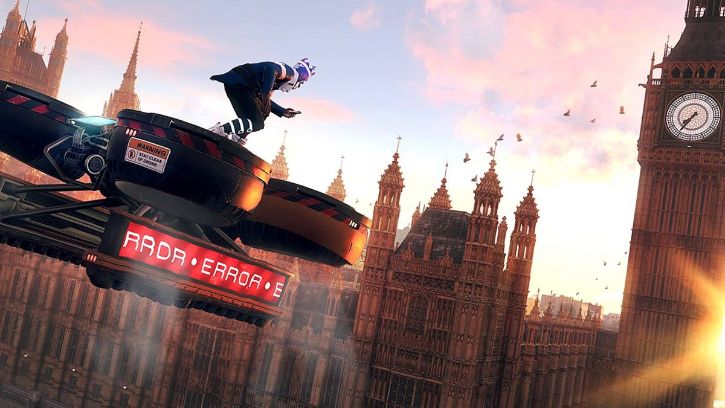 In the world of Watch Dogs: Legion, tech is everywhere and used by almost everyone for their tasks or for their own entertainment. With all the good that tech brings, there are some people who will use it to their advantage to the detriment of others. As Zero Day, an anonymous group of villains, looms above London with their brand of tech, DedSec, the resistance collective, must rise up from the ashes and duke it out with their own brand of tech to take back London and bring these terrorists to justice.

In this guide, we will be looking at ways on how to quickly upgrade your tech, which means finding a quick (and easy) way to gather Tech Points to advance your tech to rival that of Zero Day’s.

What are Tech Points?

Tech Points are the currency used to upgrade the various weapons, gadgets, and hacking abilities you have in your DedSec arsenal. They are also used to unlock these gadgets so having a stash of them would come in handy when you unlock the chance to purchase more upgrades.

They are scattered throughout the city of London, most of the time hidden in nooks and crannies that will involve quite a bit of thinking and puzzle-solving on your side. It is good to note though that sometimes they are just out in plain sight, but these ones are quite a bit rare.

They are also a limited resource so you will have to manage it while you decide which gadgets to unlock or upgrade because as you unlock more upgrades to your various tech, it will become a lot more expensive to invest in them so choose wisely on which gadgets and weapons you use most of the time and try and invest in upgrades that would benefit you the most.

How Do You Earn Tech Points Quickly?

As stated above, Tech Points are scattered throughout London and the only way to earn them, aside from doing the main story missions is to collect them in the open world. Unlike most of the collectibles, Tech Points can only be claimed if you or your spiderbot are close enough to the Tech Point item.

Tech Points are hidden throughout the city and they can be uncovered by being near an area where the Tech Point item is located. Once you stumble upon a location where a Tech Point is found, the map will update with a green diamond, signifying that a Tech Point is there specifically.

From there, it will be up to you to discover where specifically the Tech Point is, whether it is outdoors or inside a building. Take note though that Tech Points are usually located within enemy bases, so be prepared to be stealthy or bring a fight to earn those Tech Points.

If you are having trouble finding where the specific location a Tech Point is, you can press R3 to scan the area. This will reveal items nearby and highlight them if they are within walls or obstacles. You can also check the map and see if the Tech Point icon has an arrow or not. This arrow pertains to the altitude of the item if it is below or above you.

If you do not want the hassle of discovering the Tech Points’ locations for yourself, you are better off making a borough defiant as this will result in all Tech Point locations in a borough to be revealed in your map and makes collecting them a lot easier.  The only thing you will have to deal with after a borough being defiant would be the collecting itself.

Each Tech Point item you collect nets you a total of 10 Tech Points, so keeping track of where you spend your Tech Points is important to not have you scouring for more Tech Points as much when you unlock a new upgrade that would benefit you a lot more.

Best Tech to Use Your Tech Points With

Because of the rather timely way Tech Points are collected, you will want to invest in tech that will bring the most bang for your buck. We already have a guide for all of the tech you can buy as well as their upgrades, but this will be my personal top 5 techs that you must invest in with your Tech Points.

Saying that though, I am not forcing you to get these upgrades, the way you play will always be up to you. I just found these upgrades to be very impactful and worth the Tech Points.

One of the first gadgets you should be looking to get, the Infiltrator Spiderbot brings a lot of dynamic to your playstyle as it can be used for reconnaissance as well as a great way to hack otherwise unreachable physical terminals. I would honestly only upgrade this until its first upgrade as the double jump and sprint capabilities make traversing areas a lot easier. It makes doing spiderbot tasks a lot faster as well and you will want that speed as a number of Tech Points require the spiderbot for you to claim.

The invisibility that the Level 2 upgrade brings does not warrant the 25 Tech Points cost as you will find hiding a bit easier than it is.

Quite possibly the best tech upgrade you can get, the AR Shroud just makes going through stealth sections a ton easier as each takedown you do automatically hides the body from sight, leaving behind no evidence. You can also manually hide the bodies if you did not do a stealth takedown. Take note that the Infiltrator Spiderbot also has the ability to use this upgrade.

With the amount of Riot Drones you will be dealing with, I found this hack to be an incredible investment. Upon unlocking this hack, you will have the option to disable Riot Drones from working, however, the real beauty comes in its Level 1 upgrade (and in extension its Level 2 upgrade).

With its level 1 upgrade, you will be able to hijack the Riot Drone, taking control of its shotgun as well as its gas grenades. Very useful when you find yourself surrounded by enemies. Its Level 2 makes this a lot easier as instead of you taking control, the drone will automatically attack its allies for you. Saying that, if you think you find controlling the Riot Drone, you can always save its Level 2 upgrade for later as it is quite expensive at 45 Tech Points.

The Chase Drone is definitely one of the most common drones you will be encountering so having a way to disable them from detecting you at the very least would be a great ability to have. I would not upgrade it past its unlock level as you won’t be doing much attacking with it anyway, and you are better of just destroying the drone when it is disabled.

The Disrupt Hack is basically a more powerful Distraction. It will overload the Optik of an enemy, crippling them and preventing them from taking any action. You can use this when you find yourself in a fistfight as the disrupt will open your enemies to a free takedown.

Tech Points are one of the more important currencies in Watch Dogs: Legion, so getting them quickly and using them efficiently is key to making your DedSec team unstoppable.

Having said that, the choice will always be yours on how you would want to play your game, so use those Tech Points as you see fit while gathering as much of them as you can so that you can eventually unlock and upgrade all of the tech available in your arsenal. With the tips above, you will be collecting all those Tech Points in no time.