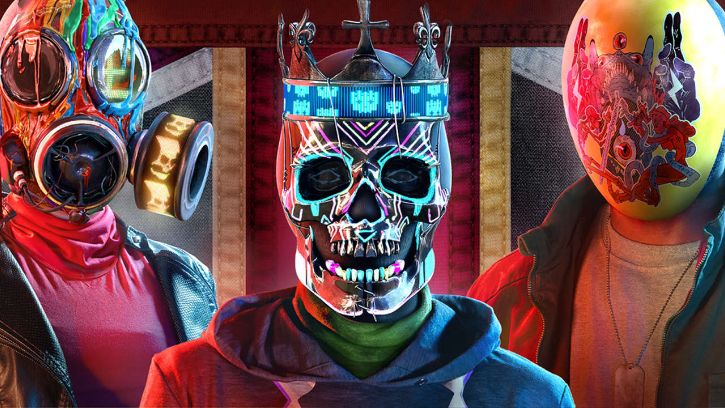 In the world of Watch Dogs: Legion, physical currency is all but phased out in favor of a cryptocurrency called ETO. With the shift to ETO, everyone’s money is now easily accessible via their phones as well as their computers. Although there have been advances in security, these funds can still be siphoned out without much difficulty by the hackers and members of DedSec.

In this guide, we will be looking at the fastest ways on how to farm ETO as well as the various uses of ETO in near-future London.

ETO is the currency used by the citizens of this near-future London. It is a cryptocurrency that is stored on people’s phones, laptops, and cards making transactions fully digital with no physical currency exchanging hands.

ETO is used to buy various items in Watch Dogs: Legion, the most prominent use of it is to buy cosmetic items for your recruits such as clothing, accessories, weapon skins, and vehicle paint jobs. Some of these will cost as low as a few hundred ETO while the most expensive ones can reach upwards of 5 digits of ETO. There is also an achievement for those looking to 100% the game for spending 100,000 ETO on clothing alone, so you will really need to farm for quite a lot of ETO.

How Do You Farm ETO Quickly?

There are various ways on how to earn ETO. With you being a part of DedSec though, you will mostly be claiming these ETOs via jobs and tasks or by finding ETO caches found around the city instead of just stealing ETO from the citizens of London.

Below will be a list of the fastest ways on how to farm ETO. I will be giving various methods so that if you find yourself getting bored with one of the methods, you can quickly pivot to another. Take note that some of them are not as efficient as others, but variety will definitely take out some of the tedious of the grind.

Not all recruits over at DedSec are meant to be fighters, some can be a great source of income with the perks they have. Below will be a list of perks that you will want to watch out for when recruiting your operatives to maximize your ETO gain while playing the game.

The Skilled Investor perk passively earns you more ETO with anything that normally rewards you ETO so this is a great perk to look out for when starting out so that all activities you do automatically grant you more ETO than normal. Take note that this perk stacks up to 3 times, meaning that you can recruit 3 operatives with the Skilled Investor perk and their bonuses will stack, accelerating your ETO gain even more.

Although it may seem like a negative perk at first, the Gambling Addict perk more often than not nets you money instead of losing you money. This perk is a passive ability meaning that you will randomly lose and gain money even though your operative is inactive. If possible, try finding a recruit with both this perk as well as Skilled Investor for the passive income to come rolling in like no tomorrow.

A one-time use perk, the Signing Bonuses perk awards you money when you successfully recruit the operative into DedSec. Each time you recruit someone with this perk into DedSec, you earn at least 300~ ETO. With how lengthy some of the recruitment missions are, this is not exactly the most efficient way to earn money, but it is a great perk to have when you are already looking at a specific recruit.

The Crypto Skimmer perk has you gain ETO randomly when performing any hack. Since the main thing you will be doing in Watch Dogs: Legion is hacking anyway, this perk is great to have to gain more money while doing combat or espionage.

Take note though that this perk only takes into effect when you are using the operative that has the perk so while not as useful as the passive ETO gain perks (Gambling Addict and Skilled Investor), it is still great to have if you find yourself using hacker-type operatives more frequently.

Although not necessarily a perk that earns you ETO, the Loyalty Card perk discounts all clothing items and accessories so it helps you save on ETO. This perk also stacks up to 3 times so having more recruits with this perk further brings all clothing and accessory prices down, and helps you spend a lot less money than you would rather have.

Parcel Fox is Watch Dogs: Legion’s version of Amazon as they handle thousands of deliveries every day. Throughout the city of London, you will run into Parcel Fox stations where you can act as a delivery person.

Each job within the Parcel Fox Delivery menu is also arranged by distance, so if you would want to earn ETO the fastest way, always pick the jobs close to the top of the list. Also, take note of the contraband meter as you would want to be working on the next delivery job without Albion chasing after you.

Deliveries usually award you with 200~ ETO for each delivery and each delivery takes around 2-3 minutes each, so not a bad way to spend your time. It is also good to note that there is an achievement attached to Parcel Fox deliveries wherein you need to successfully complete 20 deliveries, so it would be hitting two birds in one stone.

If you are looking for something more on the mischievous side, look no further than hacking Parcel Fox drones in order to intercept packages for their contents. Before you can perform this, however, you will need to unlock the Parcel Fox Drone Hacks ability in the Tech menu. It costs 15 Tech Points so be sure you have enough of that resource before proceeding with this method. To learn how to earn Tech Points, you can view our guide on it over here.

To hijack a drone, simply aim at the Parcel Fox drone and press L1 to quickhack it, disabling the drone, and having it fall to the ground or hold L1 to hijack it and bring it to you manually.

Parcel Fox drone packages usually contain 200+ ETO each. Be reminded however that the spawn rate of these drones is random, so it would be better if you just played the game while taking notes on the minimap from time to time to see if there is a Parcel Fox drone to hack.

Alternatively, you can make your way to an area with busy air traffic for drones and wait for Parcel Fox drones to appear and hijack away. It acts as a more passive way to earn ETO.

Throughout your wandering in the city of London, you will notice in the minimap that there are icons with the ETO symbol on them. These pertain to locations that contain either an ETO vault or an ETO cache that can be hacked for you to gain money from.

ETO caches look like hard drives and are more commonly found scattered throughout the city and they can be hacked at a distance, making them a lot easier to collect as you can use any drone or camera, point towards it, and hack it. Each ETO cache usually contains 150-200~ ETO so hacking them would be in your best interest to earn a quick buck.

ETO vaults on the other hand look like futuristic safes that contain quite a lot of ETO. Unlike the ETO caches, these vaults can only be unlocked if you or a hijacked spiderbot is nearby to unlock it. They are also usually found within enemy bases so they take a lot more effort to get to. The effort is reciprocated though as ETO vaults usually contain upwards of 1000-2000~ ETO each vault, making this the largest source of ETO besides doing main story missions.

Although not quite as essential as Tech Points, ETO is still worth it to scour and collect as it essentially unlocks customization for your characters, enhancing your Watch Dogs: Legion experience with fun and quirky clothes and weapon skins.

With the ETO payouts for the various tasks and collectibles being rather paltry as well, you will find yourself looking for more ways to earn ETO to unlock the more expensive clothes and eventually wind up with 100,000 ETO for the achievement. Hopefully, the guide gives you the tools and options to make your ETO farming experience a lot better.