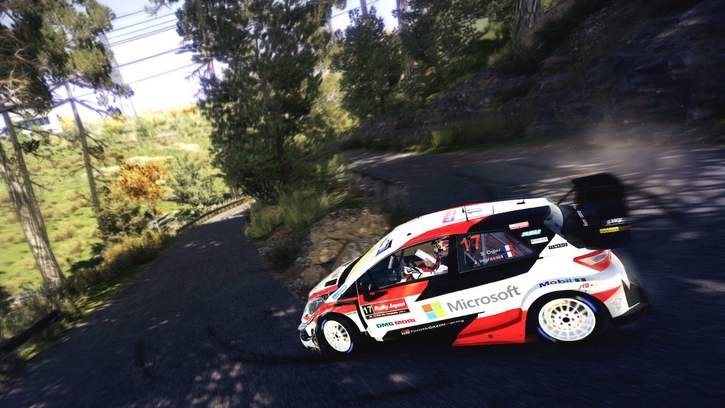 The world of Rally racing is the organized thrill of offroad racing combined with the exhilaration and cerebral strategy of organization that F1 racing has. This best of both worlds in car racing creates a spectacular sport that is enjoyed across the globe.

WRC 9, the ninth installment of the official World Rally Championship game brings you the authentic world combined with new features that will excite every racing enthusiast and video games alike.

The game brings you pristine racing locations that offer a wide range of terrain, tracks and weathers to race in. This will test the mettle of any gamer who wants to conquer the wild, unpredictable world of Rally Racing.

Along with past locations, the game brings you tracks from four new countries that offer you an unparalleled range of geographical factors to consider before you put the pedal to the metal.

New Zealand is a country that was not featured in the previous iterations of the WRC game series. New Zealand has long been hailed for its gravelly, winding roads. Being a narrow island nation with a lot of topographical anomalies, New Zealand offers racing enthusiasts something new.

With gravel topped roads that require different turn handling and tire load outs, combined with authentic studies of the topography and meteorology. This gives you an option to test your skills in an environment never seen before in the history of the WRC series.

The tracks here include :

All these tracks bring you something new. They have a variety of twists and turns and require expert navigation and incredible detail paid to minute clues the games throw at you. For authentic racing enthusiasts, there can be nothing better than a test of incredibly detailed reproduction of rallies around the world.

The next new location WRC 9 offers is another island nation with engineering and technology that blows most countries out of the water. Japan has always been a strong player in the world of motor sports.

WRC 9 has acknowledged this decision and gone for a range of asphalt-laden tracks from South-East Asia. These well-designed tracks offer you great straights and close turns that allow you to test your skills on highly life-like and comprehensive tracks from the land of the rising sun.

These tracks allow you to experience a city-like landscape where you can hit speeds that you cannot in other regions. Racing is the thrill of speed and nowhere else is this truer than the beautiful and even asphalt surfaces of Japan.

They have four different locations and reverses. They include:

The plains of Kenya have been added as a surprising but refreshing rally event this year. Conquering unfamiliar and challenging terrain is the crux of Rally Racing.

Driving through the red sands of the African plains is a challenging ask for any Rally driver. For experts of the game, this poses a great challenge and is an excellent addition to the variety in tracks on offer for an immersive game play experience.

Known as the ‘Safari Rally,’ these tracks lure you into a false sense of security with the backdrop of vast expansive landscapes with long straight. But the landscape changes instantly with a drive through the quaint but tightly knit village street and driving over cobblestone bridges over gushing rivers.

This change from the furious pace of Japanese and New Zealand tracks gives you a thrilling and challenging ride. It is important to make changes to the load out to handle the dry dust and heat that the engine will take. Make sure you read meteorologist reports and check your tires before heading out.

All these locations come with a comprehensive list of race tracks that each offer a variety of challenges with better graphics and design from the previous iterations of the game.

The most important tracks according to us that you really need to try in the game are the Cuchilla Nevada in Argentina, Horkka in Finland, Monti di Ala in Italy, Col de Braus in Monte Carlo, Yesilbelde marmaris in Turkey and Viana do Castelo in Portugal.

The game is a comprehensive and beautifully constructed racing game designed to give you the most immersive racing experience. Have a go at a variety of different environments and track types and live vicariously as a Rally Racer with all the chills and thrills of the real sport.